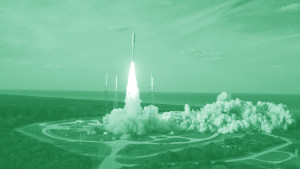 The largest independent study of Kickstarter backers was released, with eye-opening findings about the fulfillment failure rates and much more. In this session, Tyler reviews the findings in depth.

To talk about the mindset, strategies, and tactics
You know I’m huge on mindset… and in today’s episode I’m going to tackle three mindset myths related to Kickstarter campaigns.
Table Setting

1) What You Measure You Manage Update

One of the things I’ve been measuring is this show.  Something surprising — Podcast metrics are pretty lousy.

However, one bit of metric I CAN measure is downloads from Libsysn media host.

People find an episode and listen to it.

So, I’ve been tracking monthly downloads…

How could that be? We had all almost 20 shows at the time, people who listen to one end up binging… 18 5 star reviews… even optimized my mic with a fancy pop filter to sound better..

And then, I figured out what was going on…

After digging in to all the possible causes and doing a little detective work, I found the issue and it was a stupid simple fix.

What a new sub would find when they discovered or went to ComixLaunch on iTunes is that only the last 10 episodes of content were being made available for download.

You could get them all on the CL website, but I had marked a setting on my website feed to only have a maximum of 10 episodes available.

We had some great shows — invisible to peeps on iTunes.

Bumped that number from 10 to 150, and updated and shortly after, all episodes available.

November strongest month yet… and December on track to be even better.

What you Measure, you manage.

This show is important to me. The message and the wisdom and the lessons of ComixLaunch, to better equip creators

If I hadn’t been measuring… just recording and posting and hoping people are out there listening… who knows how long this would have gone on for… and how many episodes that I’ve spent a ton of time and energy and money to create and get out into the world, would be invisible, and unable to impact creators like you.

Last week, I said the course might be closed before the end of the year. This week, I will confirm that.

I’d like to quickly share with you some application and enrollment stats from this pilot course launch.

Of those six were not approved, in most cases it was simply a case of them not yet being ready for the course, because they weren’t far enough along on the creative side to be able to take full advantage of the course. So we recommended they focus on their comics for the next 3 months, and look for the next cohort of the course which will likely run in the Spring.

Of those, we approved 18 applications and invited them to enroll in the course.

And from those who were accepted into the program, 10 total students enrolled in the course, and will be working with Jeremy and I in January.

The cost was $379 for the 8 week pilot program, and we did make a couple of payment plan options available.

We did make a 100% money back guarantee to everyone who enrolled, that basically says that if, after the course is over, they don’t feel prepared to launch their KS with confidence, they deserve a full refund. It was important to us to put the risk on Jeremy and my shoulders, not on any of our students.

And so there you have it… in January, we take the ComixLaunch experience to a whole new level!

And I do want to say thank you to all of those creators who have enrolled, on behalf of Jeremy, myself, and on behalf of all the ComixLaunch listeners out there who are getting value from this show.

The fact that we were able to launch a full pilot course means we can invest even more resources into this show, and make it even better in 2016.

Earlier this week, The Kickstarter Fulfillment Report was released.

An independent analysis by the University of Pennsylvania Professor Ethan Mollick, an expert in entrepreneurship and innovation who developed an independent study surveying nearly 500,000 backers about project outcomes and backer sentiment.

This is the largest study to ever examine the Kickstarter community.

KS had no influence over its findings.

Before research began, Wharton and Kickstarter agreed that we would co-publish the results, whatever was found.

Why is it important?

What you measure you manage.

Kickstarter is a powerful model — billions of dollars pledged, tens of thousands of successfully produced projects, Oscar and Grammy wins, trips to outer space, and beyond.

But how many projects fall short of delivering what was promised? It’s a question many have speculated on, but we want to know for sure.

This report sheds light on a lot of those areas.

What were the findings?

Professor Mollick wrote in his analysis:

“Project backers should expect a failure rate of around 1-in-10 projects, and to receive a refund 13% of the time. Since failure can happen to anyone, creators need to consider, and plan for, the ways in which they will work with backers in the event a project fails, keeping lines of communication open and explaining how the money was spent. Ultimately, there does not seem to be a systematic problem associated with failure (or fraud) on Kickstarter, and the vast majority of projects do seem to deliver.”

Technology, film & video, food, and crafts on the high end.

Comics actually on the low in, closer to 8%

Finding #4 – There are good failures and bad failures

Approximately 73% of backers who backed a failed project agreed or strongly agreed that they would back another Kickstarter project.

However, just 19% of backers of failed projects would back another project by the same creator whose project failed.

He found that in 15-20% of cases, backers reported that failure was handled well by creators.

About 13% of backers of failed projects reported receiving a refund or other compensation from the creator.

And 17% agreed or strongly agreed that they understood why the project failed.

Click here for additional findings from the full report.

“it is also likely that overall failure rates have decreased since 2012, as creators have climbed the learning curve of how to create successful projects, and backers have become more educated on which projects to support.”

Projects that showed signs of creator effort, by having videos or by posting updates before the fundraising deadline, were less likely to fail. These had relatively small effects, however.

Given that one effect of crowdfunding is to increase the diversity of people who can get access to funds, there was also a notable non-finding in the analysis of failures – the characteristics of the project creator were not significantly related to failure.

There was no significant difference in failure rates between women and men, between highly educated and less educated creators, between teams and individual projects, between single or partnered creators, or between creators with children and those without.

“Kickstarter’s mission is to help bring creative projects to life. It’s a platform for ideas. Creative ideas. Big ideas. Weird ideas. But all just ideas that are looking to come to life.

Is a 9% failure rate reasonable for a community of people trying to bring creative projects to life? We think so, but we also understand that the risk of failure may deter some people from participating. We respect that. We want everyone to understand exactly how Kickstarter works — that it’s not a store, and that amid creativity and innovation there is risk and failure.

Thank you to the University of Pennsylvania, and the tens of thousands of creators and backers who took the time to answer these questions. And thanks to all the backers and creators who make Kickstarter what it is. We promise to always be a place where creative people of all stripes can aim high — and, yes, sometimes fail.”

As a community, We can do better.

Kickstarter is a game-changer, a powerful platform.

We have a responsibility as stewards of the KS platform, to run better campaigns, educate ourselves as best as possible, and deliver on our promises.

Our backers are counting on us.

“The only real mistake is the one from which we learn nothing.” – Henry Ford