026- Kickstarter as a Publishing Launching Pad with Russell Nohelty 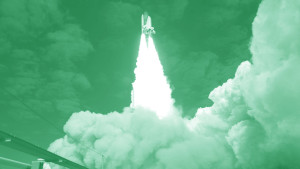 In this session, Tyler and Jeremy talk to Russell Nohelty of Wannabe Press about tapping into the power of Kickstarter and the techniques of successful online marketers to launch a new publishing venture.

Our guest today is a writer of film, TV, animation, comics, and novels.  After buying back the rights to all of his properties and going independent, he successfully funded his first Kickstarter in 2014, which he used to jumpstart the launch of his publishing company, Wannabe Press. Since then he’s successfully funded a second Kickstarter campaign all while running and growing his company.

Today’s Topic:  Kickstarter as a launching pad for new publishers.

Russell bought back all the rights to all of his properties to release them himself. Why did he make this decision and what did the process entail?

2) Using Kickstarter as a launching pad for your career in comics.

Part of the re-release was putting together a print run of Ichabod Jones: Monster Hunter – which was previously published as a digital-only comic.
Were any obstacles to doing a Kickstarter for a book that had already been released, albeit digitally?

3) How to maintain momentum after the Kickstarter.

Let’s excavate some strategies he used to take support from his Kickstarter to Wannabe Press and his other titles.

4) Growth with a Second Kickstarter.

“The absolute best way to launch your creative career.”

“I love 99.9% of Kickstarter. I think they could be more transparent. How do you go about becoming a staff pick? How do you run the most successful campaign possible?”

“Buffer is probably the number one but Krowdster for a campaign.”

“Do not ask people to do anything for your next campaign until every single person has a book in their hand.”

There is really no comic like Johnny Bullet. It’s been described as Michel Vaillant meets theDukes of Hazzard. Set in the 1970s the characters sport afros, and bell-bottoms.

In two sentences or less, describe your brand as a comic book creator. And if you don’t have one established yet, if you’re new, then tell me how you’d like fans to describe who you are and what you create.

If you’d like to share your comixlauncher with me, I’d love to hear it. [email protected] subject ComixLauncher 026.

Where can our listeners connect with you?