010 – The Agony & the Ecstasy of Kickstarter: From Failure to Success with Wes Locher 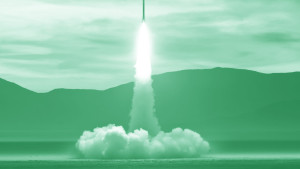 Today’s Session is Sponsored by The Warden Anthology on Kickstarter

ComixTribe publisher Tyler James, will be joined by a special guest today, who is a hard-working, up-and-coming comic writer and creator, most know for his Kickstarter funded Sci-Fi comedy Unit 44, and the upcoming self-published title Hipsters vs. Rednecks, Wes Locher.

1) Take Us Back to Your first KS… What were your goals, hopes, fears, etc.  Put us in your mindset before you launched.

2) Your First KS Failed… and You Identified 5 things You did wrong.  What were they?

ComixLaunch Lightning Round with Wes Locher:

2) Let’s pretend the powers that be at Kickstarter are listening (which you know they are)… if you could change one thing about the Kickstarter platform, what would it be?

Kickstarter is solid, but add better built in tracking stats.

Showers! Where all the good ideas happen.

Know how much it costs to ship to Australia, because that can mess you up!

The Life After by Josh Fialkov and Gabo. (Oni Press)

This Session’s ComixLauncher: Reframe your next Kickstarter in your head for a moment by asking yourself this question… What am I testing? It could be you are testing your ability to connect with an audience, building a platform, selling, fulfillment, etc.

By framing KS in your mind not as some all or nothing high stakes endeavor, but rather as a test, it might be the breakthrough you need to get over your fear and launch.

We don’t think of Thomas Edison as having failed 1000 times to create a lightbulb, rather he simply took 1000 tests before he found the right material to light the world.

All of us our busy, but we all can spare 5 minutes to do this. Email me at [email protected], subject line: ComixLauncher #10. and let me know… what are you testing with your next KS?

Be fearless… go for it!

2) How can listeners best connect with you online?

Check out Unit 44 on Comixology, and find Wes at weslocher.com and for lettering go to http://www.westondesignstudio.com/letters.