011 – What Went Wrong in Riverdale? 4 Problems with the Archie Comics Kickstarter 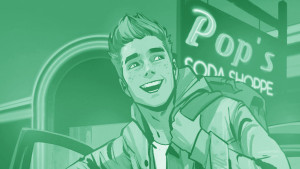 Earlier this year, Archie Comics launched a massive Kickstarter campaign to help relaunch Riverdale for a modern audience. Just five days later, they shut the campaign down after backlash from the comic book industry. On today’s episode, Tyler James and co-host Jeremy Melloul discuss exactly what went wrong in Riverdale, and more importantly, talk about the important lessons creators can learn from Archie’s failed Kickstarter.

On May 10, 2015, Archic Comics launched a Kickstarter to accellerate the planned release of three series in there “New Riverdale” relaunch. The new series included Jughead, Betty and Veronica and Life with Kevin and featured fan-favorite creators including Adam Hughes, Sex Criminals and Howard the Duck’s Chip Zdarsky and Archie stalwart Dan Parent.

Archie comics released the following statement when announcing the cancelation of the Kickstarter:

“While the response to these new titles has been amazing, the reaction to an established brand like Archie crowdfunding has not been… While we fully expected our goal to be funded, it was no longer about the books and how amazing they will be. We don’t want that. This is why we’re shutting the Kickstarter down today.”

So What went Wrong?

What did they do well?

Go find a Kickstarter ending soon that looks to be failing, 30% or less funding. Try to identify 3 things that the project did wrong.

All of us our busy, but we all can spare 5 minutes to do this. Email me at [email protected], subject line: ComixLauncher #11. and let me know what you found.

It’s a PDF presentation meant to dive deeper into the merits & failings of the Archie Kickstarter in order to extrapolate as many lessons as possible. It includes:

If you’d like, you can download the entire 72-page eBook for free by pressing the button below. It’ll also get you signed up for the awesome Creator At Large Newsletter.

Or, if you’re not convinced, you can click here to learn more about the eBook!

In summary, the key takeaways of things Archie got wrong in their Kickstarter launch include:

What they did well:

Have you Subscribed, Rated and Reviewed ComixLaunch Yet?

If you’ve enjoyed this session of ComixLaunch, I need you to do me a favor… actually, I need three favors. Please Subscribe, Rate and Review ComixLaunch on iTunes.

All of that can be done in 2 minutes and it will make HUGE difference to the show.