Want to add energy, backers, and funding to your campaign and build your standing in the Kickstarter 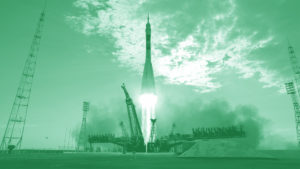 community at the same time? In this session, Tyler breaks down a step-by-step Kickstarter co-promotion strategy that will create a win-win-win for you, your backers, and your fellow Kickstarter creators.

This was a tough week.  The world is mad, in Orlando three terrible stories coming out of there.  And personally as well.

An email I received helped make the week better:

“I just wanted to take the time and give you a proper thank you for all the great stuff you do in the comics community. I’ve learned so much from your articles, podcasts, and soon from your classes. Time is a valuable thing, and I appreciate your generosity in spreading your wealth of knowledge to others. – Ryan Kroboth
It’s good to remember you can Control the Controllables.  Take action. One positive step forward.  Add value.  Get some exercise.

One of the easiest, most effective, and most fun ways to add interest, backers, funding to your campaign, and improve your standing in the Kickstarter Community.

Kickstarter co-promotions often result in backer crosspollination, and when done correctly, they’re a win / win /win — Win for you, win for the other project, and a win for backers who find out about another awesome project that they might have otherwise missed.

Why is Kickstarter co-promotion so effective?

Because you’re promoting to Backers.
Because you’re very targeted.
Because it’s WOM referral from a trusted source.
What if you don’t know anyone to co-promote with?
Not a problem…
Receptive audience out there ready and willing to partner with you… and you might not even know them yet.

How to do a co-promotion step by step.

Kickstarter Creator Cross-promotion:
– Find 3-5 projects very similar to yours (genre, style, quality, # of backers)
– Back those projects (even at the $ level).
– Create an update titled “”More Cool Kickstarter this month…” And share links to projects you’ve  identified, why it’s cool, and send to backers.
– Send a message through Kickstarter to the project creator:
– Identify yourself as a backer, and let them know you love what they’re doing.
– Compliment them one-three specific things you like about their project
– Tell them you shared with your own backers, including a link to the update
– Wish them luck on a strong finish.
– ASK FOR NOTHING IN RETURN.

Why ask for nothing?
Because these are strangers… and you never ask a stranger to do something for you if you haven’t provided value to them first.
You don’t need to ask… because there are greater forces at work here.
When you toss an apple into the air, you don’t need to toss it again to have it come down… the law of gravity has you covered.
Likewise, when you co-promote in this way, the law of reciprocity has your back.
Covered the Law of Reciprocity in ComixLaunch Session 4 as one of 9 social triggers at work on KS.
Powerful principle… if someone gives something to us, we will feel some obligation to give them something back in return.

Here’s THE WRONG WAY to do it:

My name is [name] and I’m the project lead on the [a product design] project. Would you be interested in a pledge and share cross promotion?
If we pledge $1 towards each other’s campaign, it would give a boost to both our pledges per day and total backers count stats. Since Kickstarter’s algorithm focuses on those numbers, this allows us to appear higher in the Kickstarter page. This is completely within the rules of Kickstarter and mutually beneficial. (improve your page rank by swapping dollars)
By doing this you should see a noticeable increase in pledges. It will definitely bump your project up on the list.
You can check out my campaign here:
(link)
Also, to sweeten the deal, if you leave a positive comment on my page, I will leave a positive comment on yours. Good reviews are also a great way to boost your rapport. Also we could share each others project on our social media to gain more exposure.
Let me know if you’re interested!

This goes for Kickbooster as well.

3) Never pull back a pledge if you don’t get a co-promotion in return.

ComixLauncher 49
Go on Kickstarter right now, and find one campaign that would be be a good match for your next project.

“Keep your face always toward the sunshine and the shadows will fall behind you.” – Walt Whitman