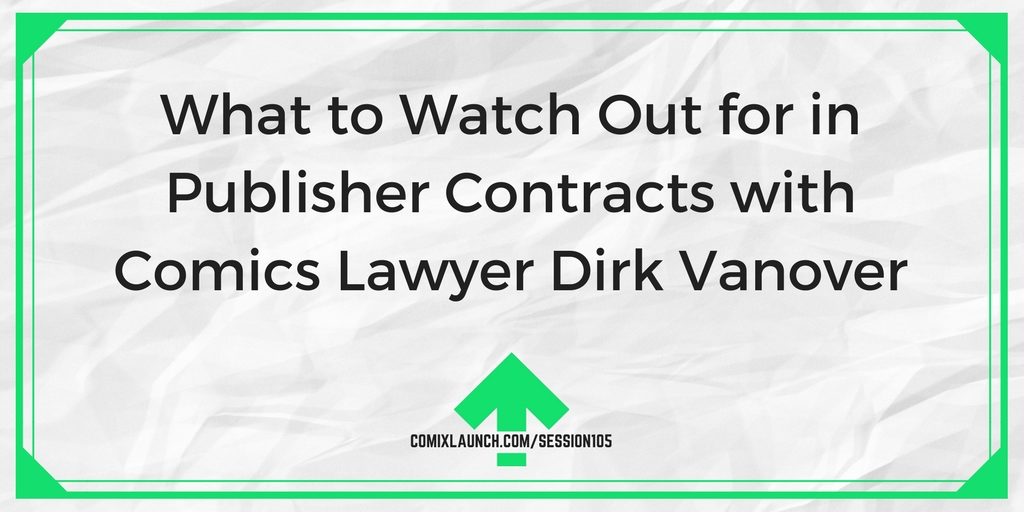 While most listeners of ComixLaunch are willing to blaze their own paths to independently plan, launch, fund and fulfill their creative projects, that doesn’t mean they aren’t also open to the idea of working with publishers to reach a broader audience. In this session, comics lawyer Dirk Vanover returns with some sage advice on some things creators should consider before signing a contract with publishers.

Today’s Session is brought to you by Fight of the Century a biopunk, MMA OGN. The project is now live on Kickstarter through August 11. Follow them at facebook.com/FotcComic/

My guest today is the founder of Vanover Legal, LLC, a company committed to delivering legal advice and guidance to clients quickly and effectively, and without unnecessary expense.  He’s also an avid comic book fan, and loves diving deep into trademark, copyright, and right of publicity issues, which we all know pop up often in the world of comics.  He also blogs about business and legal issues affecting the comics and entertainment industries at ComicsLawyer.com