030 – The One Dollar Kickstarter Goal Strategy

What are the pros and cons of launching a Kickstarter 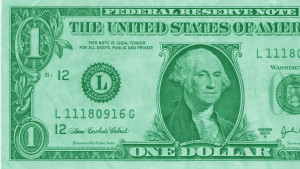 campaign with a $1 goal? In this session, Tyler will give you his opinion on this “Dollar goal strategy” which is more common than you might think, and more importantly, will tell you what cold hard Kickstarter data says about its efficacy.

Welcome back to ComixLaunch the podcast to learn about mindset, strategies, and tactics!

In today’s episode, we’re going to talk about a strategy on Kickstarter that has a 100% “success” rate… however, I’m saying the word success with quotation marks, or as Gloria from Modern Family says, “The Finger Bunnies”.

Thank you —
ComixLaunch Podcast Downloads are up this month — Very close to doubling our previous highest month, which was December.
I think a lot of you have Kickstarter Launches set as a New Years Resolution.
Also want to thank you for 5 Star reviews!
Please visit ComixLaunch.com/review to review the show.

Random Pro-tips
1) Take action on the things that make everything else easier… or irrelevant.
2) You Will Rarely Be Happy with the Cheapest Option

And before we dive in I want to give a quick ComixLaunch Course update. As you may know, Jeremy and I have a taking small group.  We had the first live session and the first office hourse completed.  It’s going even better than I had hoped.  There’s a lot of moving parts and we invested in a lot of new software and technology.  We’re dusting off the rust for this new experience.  As I told the course, they are the secret sauce and create the magic that happens.

There’s magic happening in the Private Facebook group with feedback, suggestions, and sharing.  Two creators who were new to each other realized they would be targeting similar demographic so they’re going to pool resources on media outets, PR strategies, etc.
It’s still early and there’s a lot to cover, but exactly what I hoped to happen is happening… and man does that feel good.

The course not open right now, and we have not set the next launch date, but we do have a Course Notification List at https://www.comixlaunch.com/course

The first course filled up fast… if the creators have the kinds of results I’m expecting, I’d expect round two to fill up even faster.

Russell’s Campaign – If you’d like to check out Russell’s campaign, and support the ComixLaunch podcast, go to comixlaunch.com/father which is our Kickbooster affiliate link.

What does my Gut tell me?
Pros
Cons

Not going to start there…

What do the facts tell me?
Anyone can give an opinion, and opinions are wonderful. Educated opinions more so.
But you know my goal is for ComixLaunch to become the AUTHORITY site
Not just opinion, but cold hard facts and data.

A while back, we talked to Walter Haas, formerly of Kickspy, back in Episode 14. I checked in with Walter who’s been helping KS campaigns optimize promotion and doing a lot with Facebook ads.   Episode 28 got a lot of positive feedback.  I know Walter is the man when it comes to data, so I asked him to work with me on a data scrape of comic book Kickstarter data, the motherload, ever comic book project, launched from 2014-2015.

Wow… so much information to be learned there. Right now, that data is powering a lot of the ComixLaunch Course, but eventually, some of it will make its way to this podcast… starting today.

What does the DATA tell me about the $1 strategy as it relates to Comic book projects?
Dollar campaign not that all that rare 38 campaigns in the comic category set a goal of $25 or less. Over 100 projects 100 or less. And 19 at the $1 mark.
Eliminated joke / spoof projects — ex. Egg Salad at Gen Con.

Here’s something that’s interesting… What about super low dollar goal projects Over $1, but $25 or less?

Cheap goal does not inspire backing.

But… what we don’t know is, would that project have done better if the goal was higher. How does funding relate to funding goal.

$1 Pledge is a Gimmick.
The Gimmick does work… 100% success rate & 2K+ average.
If you’re going to go with a super low pledge strategy, $1 is far better than some other low dollar amount.
If successful, you’re better off setting a higher target. With the dollar goal you’re neutering one of the pieces of Kickstarter’s secret sauce: the climb toward a worthy, serious, goal. 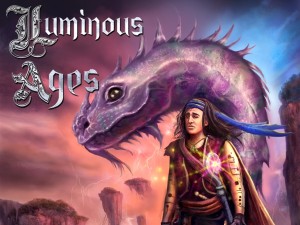 Luminous Ages is a fantasy comic set in a universe where dragons, humans, gods, titans, demons, angels and beasts have the ability to control dream magic.!
Created by Australian writer/artist Anthony Christou, the adventure begins with a young farm boy, Thrakos, going through a painful transformation to become a Mage of the Mark. What path will he choose? What secret has his father been hiding from him? And why are dragons hunting him in the dreamworld?

It’s a full-color paperback comic available now on Kickstarter, and includes a bonus concept art book full of dragons and magic, that expands on existing and future characters and environments in the comic!

The first issue of Luminous Ages and the Concept Artbook is finished and can be ordered now.

Go to ComixLaunch.com/luminous to back the project.

Be sure to leave Anthony a comments on Kickstarter so he knows that we sent you!

If an intricate fantasy comic about dragons, creatures and human dream mages fighting for control over the real world and the dream world sounds good to you, check out Luminous Ages on Kickstarter today.

Write down three question that you want to know that data and Kickstarter analytics could answer.

All of us our busy, but we all can spare 5 minutes to do this. [NA — What comes out on paper may surprise you. And if you’d like to share the results of your ComixLauncher with me, I’d love to see them. Email me at [email protected], subject line: ComixLauncher #30.]

What do YOU think about the $1 goal strategy? Let us know!

We’re going to go even deeper into both mindset, strategies and tactics for making KS work for you.
Thank you so much for listening, and for letting me walk with you, as you taken another step forward toward your next successful ComixLaunch.